Who is The Host?

Hi! I'm Julia, aka The Host. I live in Toronto with The Husband and The Parasite, who is actually a very sweet two three four five six seven eight- nine-year-old girl known as M around here. Her baby brother Z is two three four five, and together they are the light of my life. I used to work full-time outside the home as a Communications Specialist for an undisclosed company, but after my maternity leave with Z, I elected to start my own business. Then Z started school and I thought "Hey, hustling for clients is hard, and going back to work is (comparatively) easy," so I got my ass back to work as content and communications whiz in the fintech space.

PROD Communications is still operational on a limited basis. Feel free to contact me if you're looking for content writing and management services. Don't worry, I use the word fuck a lot less when I'm writing on behalf of clients. Like, hardly ever at all. 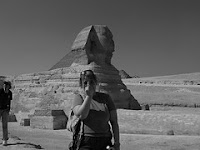 My life is... not as I planned. Allow me to explain. On my 30th birthday, I swore that marriage and children were for losers and instead I was going to carry out my days traveling to far off lands and giving the world the finger. It was a great plan! I had a good job, I had a great place right downtown and I totally lived the life of one of the Sex & the City girls. I was pretty sure it would last forever. Hahaha! I love famous last words! The friends who celebrated that birthday with me are fond of serving those words for dinner with a nice slice of humble pie. 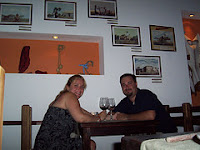 After a particularly bad date in 2006, I made a martini-fueled post on Craigslist that was more tirade than personal ad. In the cold, hard, hungover light of the next day I decided that any man brave enough to reply to THAT was definitely worth at least a meeting for drinks. I went on a series of dates with guys who were interesting enough, and one that was downright fascinating. I had been around this block a few times and had stopped giving new boys names until they had been around for a while. Kind of like on nature shows when they don't name one of the bear cubs, they don't want you to get attached. This one was known as Wednesday in the beginning. There was a chemistry with him unlike anything I had ever known before. Within six weeks, we found ourselves on a beach vacation in Playa del Carmen, Mexico. There, while we drank ice cold Coronas from a bucket in steamy heat on a rooftop patio during a thunderstorm, I told him I loved him. I have never looked back.

Our life together continued at a blistering pace, because when you know it's right why would you wait another minute? After the trip in Mexico we were practically inseparable and within a few months it seemed silly to keep up the expense of two living spaces when we were spending all our nights at one's place or the other. Our nuptials came in the form of an Elvis-officiated wedding in Vegas after a six-day engagement. We sold the two condos and bought a house, and while we were moving in I found myself tired in a way that moving simply could not explain. Naturally the midst of packing and lifting heavy boxes and living on a steady diet of beer and pizza is the BEST time to find out you're expecting. Some day I might tell the story of the complications we experienced in pregnancy, but today is not that day.

Even though pregnancy was terrible and delivery was even worse, we decided to do it again. That's where we learned more than we ever wanted to know about the wonderful world of secondary infertility. Now our little family is complete and this unexpected life is one I couldn't have come up with in my dreams. The focus of Life with a Parasite has changed, but I'm still the girl who drinks wine and lives the life in the big city, I just carry a diaper bag while I do it. Calling my darling baby "The Parasite" is mostly a joke. It started here. My kids are awesome and I love them more than I ever thought humanly possible. There, NOW can I bitch about motherhood?